Roman last names, also known as a Congnomen, were one of 3 parts of a Roman individuals name. More often than not, these last names (Congnomen) were descriptive, referring to a character trait or physical descriptor of a person. Like a lot of languages around the globe, congnomina (last names) may have fallen into a few categories. These are as follows;

These names were given on the basis of the occupation of the name holder or the name holder’s ancestors. Bubulcus, for example, meaning cattle-driver.

These names referred to the place a person came from. For example, Campanus, meaning man from Campania.

The majority of congnomina (last names) referred to an individuals character or a trait. These could point out physical features, and more often than not, could be quite offensive. This was because this congnomen usually came from a nickname.

On ocassion, an individual might have achieved something great. This called for an honorific surname in recognition of what they had achieved, and was given to them by others. An example of such a name would be Brittanicus meaning victor over the British. 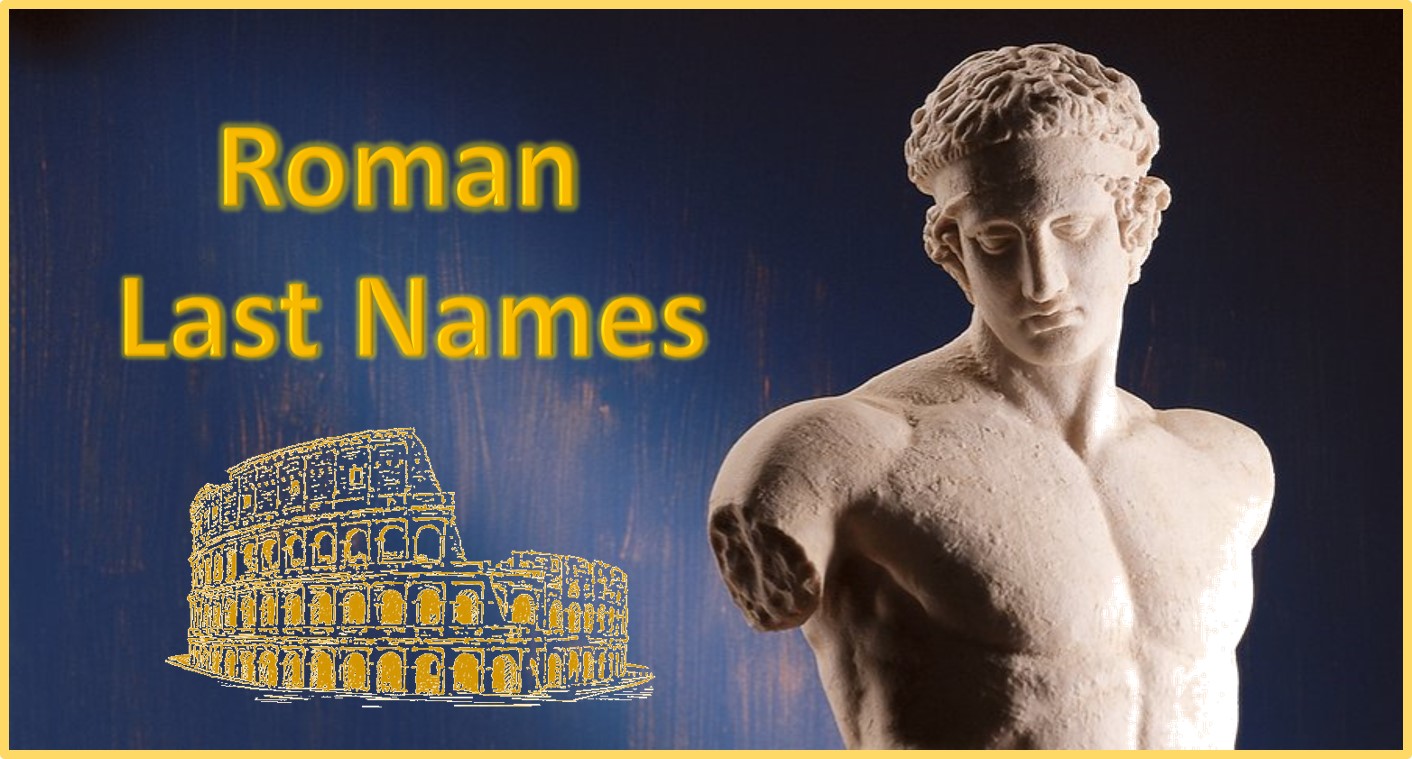 Below we have listed the male and female form of the Roman surnames, along with their meanings.

You can read more of our worldlastnames.com articles below.